Lithium on the Rise in the Mining Industry

You Are Here: Home / Blog / Mining / Lithium on the Rise in the Mining Industry
Nov 1, 2016 hoffman-admin No Comments 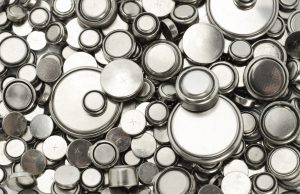 Lithium has seen a remarkable rise in the mining industry as of late, and this is thanks in large part to major tech giants like Apple, Tesla, and Uber. It is being used increasingly for electric cars, mega-batteries, massive energy storage solutions, and more, making it, as OilPrice.com states, “the commodity powering the next, undeniable energy revolution.” The price of lithium has even more than tripled this year alone. In short, today’s new lithium explorers could be tomorrow’s barons.

According to Iain Scarr, VP of Exploration and Development for Millennial Lithium Corp, the lithium market is “a market that will not slow down and wait for anyone.” The demand for lithium is rising fast, and given today’s many uses and applications of lithium, this rise will only grow exponentially. As more and more countries make use of electric vehicles, as grid storage overtakes electric vehicle demand, and as more people make use of consumer electronics, the demand for lithium is going to explode.

It is expected that the lithium battery ion market will expand to $46.2 billion through 2023, making for an 11 percent average growth rate. Banks and market researchers are already projecting a significant shortage in lithium, which could explain why business magnates like Warren Buffett are investing heavily in lithium.

To seal the rise of lithium even further, many countries are even working towards mandating electric vehicles by law. The Netherlands, for example, has already passed a law that states that all cars on the road have to be electric by 2025. Germany, meanwhile, has voted to ban the internal combustion engine by 2030.

In addition, there are several major lithium industry-related plants cropping up around the world. Tesla, for example, has already opened up a battery “gigafactory” in Nevada, and several more plants are currently in play. China’s Tianqi Lithium Industries, meanwhile, is expected to open a $306 million lithium battery plant in Australia in 2018. With factors like this at hand, lithium battery production capacity is set to triple by 2020.

Millennial’s Iain Scarr has this to say about the future of the lithium industry: “Lithium will be the biggest disrupter on the energy market. And the big winners will be those that have the funds, expertise and capacity to ramp-up production as quickly as possible.”